The success of the City’s #SameGoals initiative continues to shine.

As part of the 2021 campaign, continuing our commitment and our commitment to develop the game, we have organized a series of free online workshops around women’s football with our Club professionals.

The series covered business and management perspectives, as well as coaching and technical advice, with fans invited to ask questions in Q&A.

Over the past decade, women’s football has grown rapidly, with an acceleration in attendance, audiences and investments from global organizations helping to bring more attention to football around the world.

PUMA and Manchester City shared their own experiences from this trip with the key topic focused on change within the industry.

Manchester City Women’s general manager Gavin Makel recalled his journey with the club since City were relaunched as a professional team in 2014, saying the biggest change he has witnessed is the professionalization of football feminine.

“On the first day of training in 2014, Steph Houghton said: ‘I can’t believe we washed our kit’ and it blew me away!” he revealed.

“You suppose it’s obvious, but not for women, they had to work during the day and train at night.”

Gavin shared how our women’s team turned professional, as City struggled to break down barriers and change perceptions of women’s football.

â€œIn the past, we had a one-size-fits-all approach, but that’s not what we stand for. We wanted to create these products for women, to make them feel as comfortable as men playing soccer.

“We are trying to bring them to the fore and make them more visible to promote women’s football, so it becomes more normal than the exception.”

It was also pointed out that no matter who plays football, players have the same level of fun, emotion and connection. 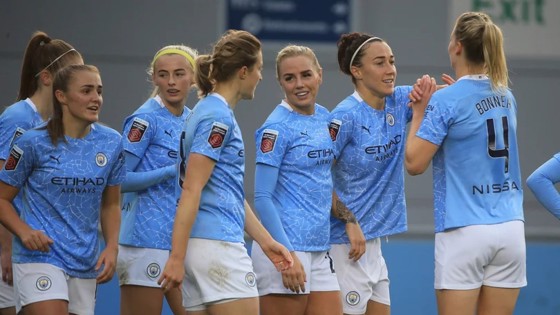 â€œIt’s huge that we are working with like-minded partners like PUMA because that will only move the game forward,â€ Gavin continued.

â€œThe city as a whole was built by a family to give something back to the community. This has always been true and continues to this day.

“That Same City, Same Passion value has been our driving force from the start. Women’s sport is here, women’s football is here and it’s not going anywhere – it will only get bigger.”

Technical Director Manchester City Girls Academy Martin Harrison joined us to share his professional knowledge of the academic system; develop individuals within a team; structure training; and manage and communicate with players during COVID-19.

“The goal behind everything we do is to help these players become better people and that is our number one goal,” he explained.

“Basically for us as a club it’s about being able to provide the safest environment and encouraging all of our players and their individual development.”

Martin also spoke about the importance of hard work and role models in the game, encouraging participants to soak up as much information, knowledge and experiences as possible while watching their heroes.

Topics of education, fitness and wellness were also covered, while Martin’s top tips for success as a footballer included: play as much as possible and find fun, gain knowledge and listen. experts and practice effective communication. 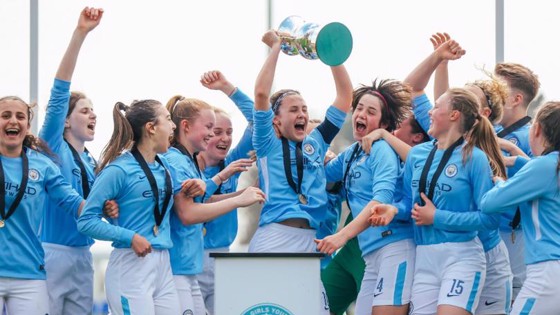 “We’re on to something here in terms of the influence Manchester City Women and women’s football at large can really have on the lives of a lot of people,” said Helen.

â€œWhen we started we had to train in the evening at a local elementary school after work for women and I had to work in a storage room, cleaning up lost items to make room for the physio bed!

â€œThe Club embraced us fully, and you could see from the start, even with the branding around CFA, that it was equal to that of men and women.

“We’re still on a path and will continue to grow, but when you think – it wasn’t that long ago that we were such a small setup – and where we are now, it’s exciting to see what the next five years will look like and what we can achieve.

Helen’s best tips for success were: maintain an awareness of mental well-being, allow time for rest and recovery, and take things one step at a time.

James agreed everyone should be kind to themselves and spoke about the importance of staying in touch with family and friends, adding that the practice of goal setting can help achieve goals.

Other talking points revolved around how the science of sports can enable high-level athletic performance, thereby aiding City’s appealing playstyle. 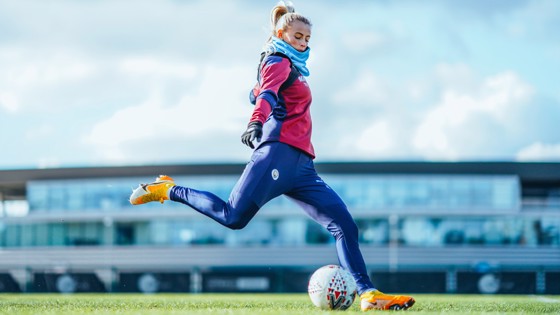 Round table with the female team of coaches

The rapid rise of women’s football was the main topic of discussion, especially the success on the field of the Club and the impressive development of the young players.

The coaches praised the hard work of these behind the scenes as well as the players, explaining that there is much more to winning a game than the 90 minutes on the pitch! 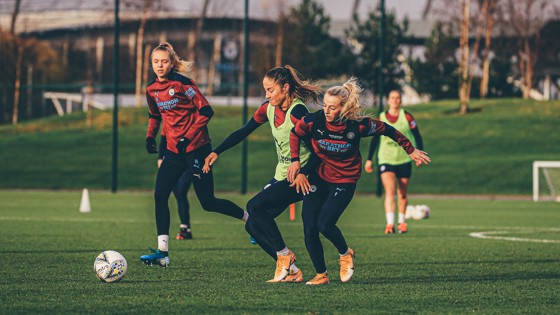 “If you look at how women’s football has developed over the past five, six or seven years, it’s grown so much that women can now see it as their full-time career,” Gareth said.

â€œWhen I got into women’s football, to see the effort and the graft they put in on a daily basis … it’s fantastic to see him grow as he has for the past seven years.

“I hope that as a club we will continue to grow at the rate we have been doing and continue to push the boundaries. Hopefully we will improve our trophy harvest – the main ones being the league title and in addition to this, to make an impression in Europe.

“I have seen a huge increase in awareness of women’s football over the past two years. It just keeps getting bigger and bigger.”

The three coaches gave their tips and advice to make their dreams come true. Gareth advised focusing on the goals and enjoyment of the players, as well as the authenticity and support of the coaches.

Alan also spoke about his passion for the game and encouraged people to ask questions, while being respectful, and Chris stressed the importance of being an observer, of soaking up everything you see.

Hosted by young Cityzens Giving leaders Leila and Denise, the session invited fans to ask questions of our City trio and many topics were discussed!

The players revealed their own role models, their best achievements and their hopes for the future, as they shared their pre-game meals, the ever-changing FA Women’s Super League’s toughest opponents and biggest challenges.

â€œI think it’s really important that we let the game play better than we found it to be,â€ Sam said.

â€œTo push women’s football to continue to gain respect around the world, to give young girls everywhere a chance to play and to push for equal treatment.

“We have so much room to grow and I hope I can even make a small impact on that in my career.”