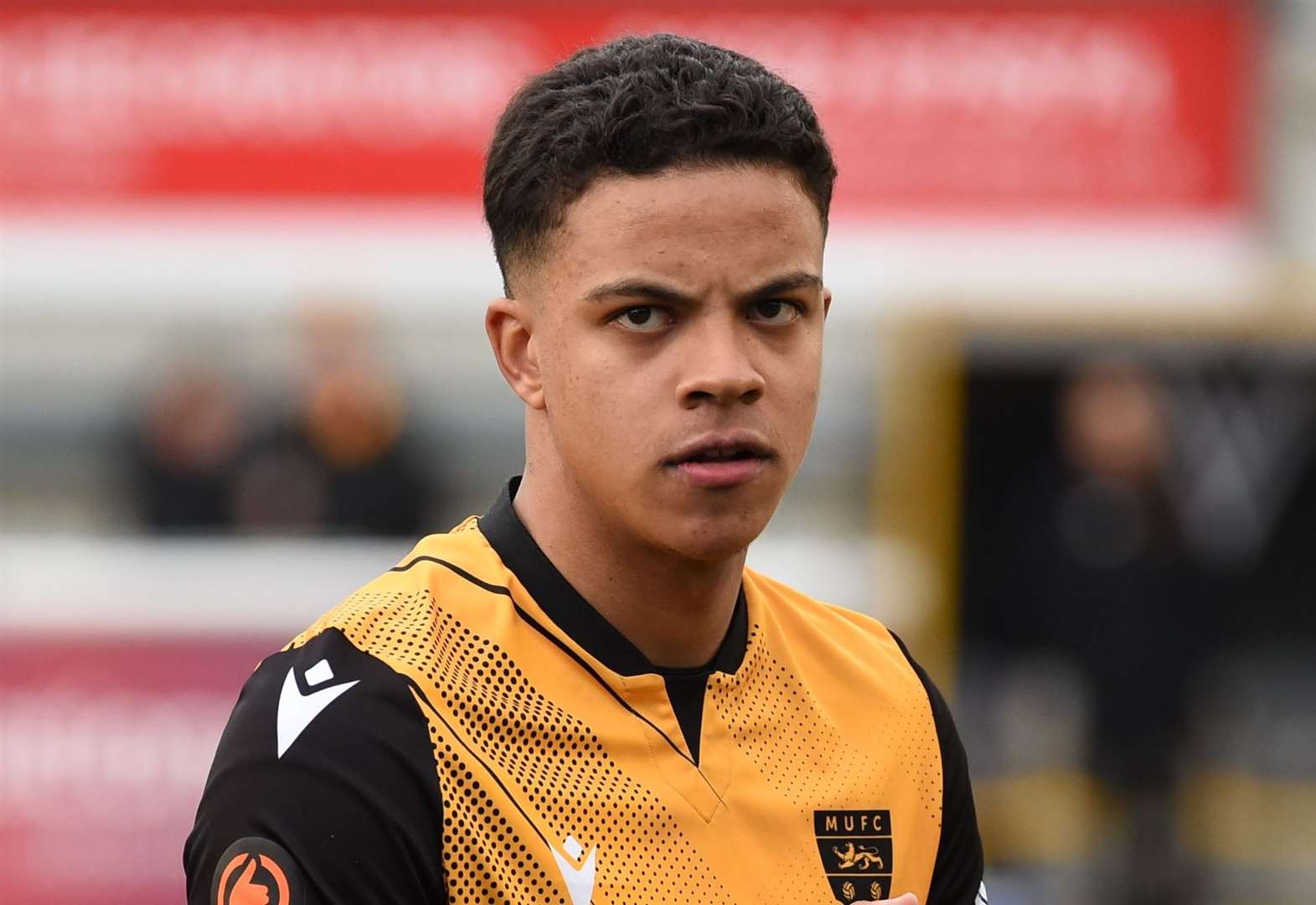 Johl Powell wants to stay at Maidstone for the rest of the season and help them win the league.

Midfielder Powell is two weeks out on a month-long loan from Charlton but is already hoping to extend his stay at Gallagher.

He had a sparkling start as the Stones came from two goals down to beat Hungerford 3-2 on Saturday and came off the bench in the 1-0 win over Braintree on Tuesday night.

Powell has played in Football League Trophy games for Charlton’s first team, but the cut and push of a National South promotion fight will only help his development.

He said: “The loan is for a month to start, but hopefully I can extend it until the end of the season – and hopefully we can win the league.

“The first loan will always be special because it’s the first taste of real men’s football.

“I spoke to some staff here, they spoke about the history of the club and this club belongs to the Football League. I hope they can return.”

Charlton have a great reputation for producing young players and in Powell they have another talent on their hands.

They believed he was ready to go on loan and Maidstone was the perfect destination for the midfielder.

“I really appreciate it,” Powell said.

“Saturday was really good, for my first start, and the way we won was just amazing.

“Tuesday was a tough game to face but I think I did well and the boys dug deep to get a result and that’s another huge three points.

“It’s my first loan and we’ve been planning it for a while.

“This season they wanted me to come in and get some games.

“Nothing materialized earlier in the season, then I was playing football at 23 at Charlton, I was doing well, and Maidstone came to see me a few times.

“There are quite a few boys coming in at the moment.

“It’s always been that way at Charlton, the progression is good and the boys are doing well.

“I had a few games with the first team, but it was time for me to go on loan and play more games at men’s level.

“But a team like Maidstone, we have good technical players and that’s why I decided to come here because I know I can still play, as well as the physical side.

Powell was joined at Gallagher by Charlton teammate Hady Ghandour, who returned on a second loan.

“It’s great to have Hady here,” Powell said. “Having him back in the building helped me settle in.”